RIO DE JANEIRO (RNS) Amid concerns about police brutality, Brazilian military police officers are taking Bible study classes during their working hours to help them deal with stress and improve their personal and family lives.

The initiative teaches officers how to apply biblical concepts to everyday family matters and encourages them to search for biblical examples that give advice, guidance and solutions about family issues, including how to rear children, handle finances and build personal relationships.

The Moral Education Program was launched as a three-month pilot project in the capital Brasilia by the Federal District Military Police in partnership with the Sao Paulo-based University of the Family. More than 150 officers applied to join the project but only 70 have been selected to attend the two-hour weekly sessions because of limited space.

The Christianity-based course has hit controversy with critics arguing it is inappropriate for Brazil as a secular state — with a stated policy of neutrality on religion — to promote Christian teachings in a public institution. The military police is the civilian wing of the security forces and responsible for law and order on the streets, attending crime scenes and arresting suspects.

“The constitution clearly prohibits the dissemination of religious doctrine,” said Paulo Blair, a lecturer in constitutional law at the University of Brasilia.

But a representative from the military police said while the secular state makes it clear that it will not favor one religion over another, it also means the state will not interfere with the operation of any religion.

“We see this course as a tool that can help our officers, said military police chaplain Gisleno Farias, coordinator of the program.

The program comes at a time when Brazil’s police are under increased pressure to restrain their heavy-handed tactics against anti-government protesters who took to the streets in the thousands this year to demonstrate against government spending policies, political corruption and the excessive amount of public funds invested in the construction of the 2014 FIFA World Cup stadiums and Olympic venues.

Lucia Nader, executive director of Conectas, a Brazilian human rights organization based in Sao Paulo, said the level of violence displayed by the military police when handling crowd control calls for urgent reforms.

“Military police have not followed the democratization process in the country,” Nader said. “They must be able to protect citizens, not treat them as enemies, fulfill their roles efficiently, but also respect human rights.”

But as violent bouts of social unrest, such as last week’s clashes between protesters and security police in Rio de Janeiro, continue to disrupt major Brazilian cities, authorities say they are trying to find ways to alleviate their officers’ stress.

“The police need to be prepared for the worst, because they never know what kind of situation they are likely to face on a daily basis,” said Farias.

The chaplain said 90 percent of the officers in Brasilia define themselves as Christian so the material was designed to reflect that faith.

This image is available for Web and printpublication. For questions, contact Sally Morrow.

“In December of this year, when the course finishes, we will do a review and decide after that whether the scheme should be taken nationwide,” Farias said. “If this happens we will also make sure that similar initiatives are adopted based on material from other faiths. But this will depend on the level of the demand.”

Police officer Paulo Henrique Silva de Pinho has been with the Federal District Military Police in Brasilia for over 10 years. He admitted he wasn’t religious but when he heard about the course he decided to sign up because he was having marital problems.

“My wife and I were arguing a lot,” he said. “Things were very unhappy. It was affecting our son and having a negative effect on my performance at work. I couldn’t concentrate and felt irritable and pressured.”

After attending four sessions the 34-year-old officer says he has already noticed the difference in how he approaches the difficulties at home.

“It has been an excellent opportunity for me to examine who I am and to grow as a man, father, husband and professional,” de Pinho said. “I have learned how to show patience and tolerance and I feel the sessions are giving me the qualities to help me grow as a person and to help me play my role fully in my family.”

“This Bible course couldn’t have come at a better time, because I have got my husband back,” she said. “He is motivated, loving and the changes in him have helped me to become more understanding. I am excited about our future together now as a family.” 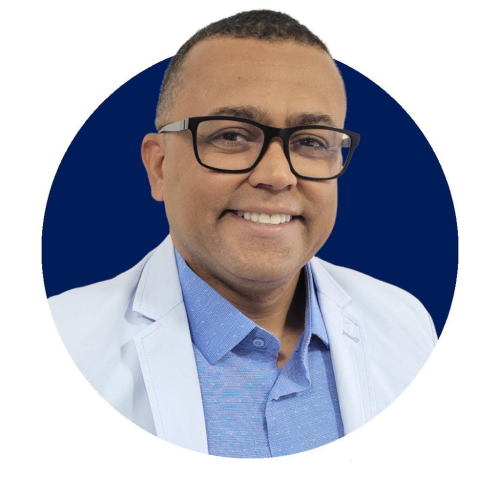